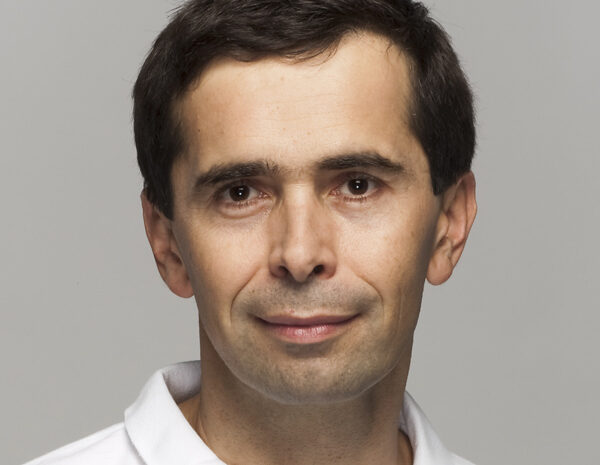 Case report: A sixty-six year old male, bus driver, with low hyperopia and bilateral cataracts wants to be spectacle free at his job after cataract surgery. EDOF (Extended Depth of Focus) IOLs were selected for him to achieve both distance and intermediate spectacle independence with a low risk of night dysphotopsia. Principles of EDOF IOLs in general, ANSI definition of EDOF IOL and the features of the new LuxSmart (B+L) EDOF IOL are described. LuxSmart IOL has a central optical zone consisting of a combination of 4th and 6th higher order aberrations of opposite signs which increase the depth of field more than twice by 118 %. This case is one of the first patients implanted with LuxSmart EDOF IOLs. Video of LuxSmart (B+L) IOL implantation shows the handling of this implant. The clinical result is a happy patient who is able to drive the bus without glasses, check the passenger electronic tickets on their smartphones and use his smartphone without glasses too. The first world clinical results of the new LuxSmart EDOF IOLs are shown.

Conclusions: Bilateral implantation of LuxSmart EDOF IOLs enabled this patient to see unaided for both distance and intermediate. The first clinical results of LuxSmart IOL show that UDVA, UIVA at 80 cm, and UIVA at 66 cm are all excellent around 0.0 logMAR (which equals 1.0 decimal) and even near vision UNVA at 40 cm is 0.24 logMAR. These results document that LuxSmart IOL provides high quality of vision at all mentioned distances.

Discussion: EDOF IOLs are increasingly popular in Europe. They created a new hi-technology IOL category at our clinic. Regarding the depth of focus we currently offer to our patients 3 IOL categories: monofocal, EDOF and trifocal.

Congratulation for a happy patient. Do you think trifocal IOLs are absolute contraindicated for a bus driver?

I have implanted many trifocal IOLs to bus or truck drivers. Vast majority are long term very happy and glass independent. Anyhow the risk of night dysphotpsias is significantly higher with trifocal IOLs. Therefore I am glad we have an option for distance and intermediate uncorrected vision with very low risk of dysphotopsia with modern EDOF IOLs. The patient who is a frequent night driver decides one of the two options: 1. absolute glass independence with higher risk of dysphotopisa with trifocal IOL; 2. partial glass independence with lower risk of dysphotopsie with EDOF IOL. Of course there is still a monofocal IOL option too but that is limiting the drivers significantly for intermediate and near visual tasks and they require glasses for navigion, reading etc.