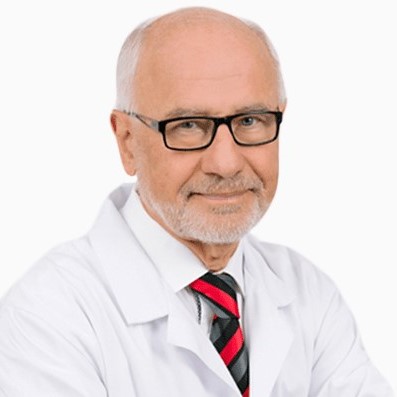 Case study:
Since 2011, we have been monitoring an 11-year-old female patient with moderate myopia and astigmatism. One year before our first examination (in 2010), she began to notice spots in front of her right eye, and later in front of her left eye. She was diagnosed with retrobulbar neuritis in the local eye care facility. She received corticoids in infusions, then also orally. Two years later (in 2012), the cerebrospinal fluid finding ruled out the suspicion of SM. In 2014, she was diagnosed with borreliosis, treated with tetracycline. There were more spots on her right eye in front of both eyes, on the periphery, and her left eye.

The postoperative uncorrected visual acuity was 0.4 on the right eye, and 1.0 on the left eye for another six months. In November 2019, there was a decrease in the vision of the right eye with the finding of the central SRNM formation also verified with Angio-OCT. From December 2019 to February 2020, we administered bevacizumab at 1.25 mg 3 times intravitreally. On the first day after the third injection, the patient reports worsening of the OD vision to 0.1. We objectively detect a posterior subcapsular cataract of the "rye ear" type. Over time, there is a progression of scutellar cataract, and that is why we decide to exchange IRIS-CLAW IOL for multifocal posterior chamber IOL. The resulting uncorrected visual acuity of the right eye is 0.4.

Conclusion:
After intravitreal injection of anti-growth factors, the following complications are described: vitreous hemorrhage, endophthalmitis, retinal detachment, and lens damage with subsequent cataract. In our case, we assumed the latter complication. However, after the aspiration of the rocky cortical masses, we did not detect any lens capsule lesion. Nevertheless, a complicated cataract occurred immediately after IVT administration of bevacizumab!