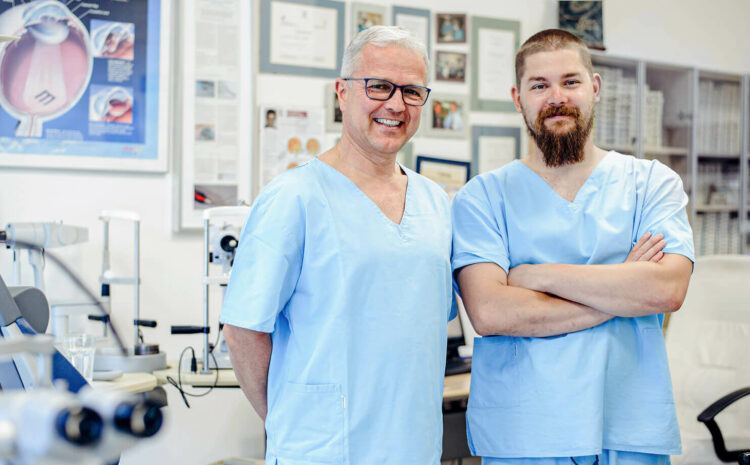 The authors present a phacoemulsification technique developed for mature brunescent cataracts. These types of cataracts mean a higher risk of postoperative complications, and they cannot be removed with traditional phaco techniques such as Divide and Conquer, and a Phaco Chop technique.

With the use of this technique, after circular capsulorhexis and hydro-delineation, the surgeon forms an incision into 2/3 of the lens nucleus near the edge of the capsulorhexis at no 12 with a phaco tip.

The surgeon then rotates the nucleus by 90° and makes another opening. In this manner, we form an opening in each of the quadrants of the hard nucleus. The openings serve for insertion of the chopper and the subsequent easily performed breaking of the nucleus. When making the last opening, we insert the chopper into the opposite opening at no 6. Following the phaco tip's direction, we break the nucleus into halves and then into separate quadrants.

Should the need be, it is possible to introduce more openings into the periphery of the nucleus and break it into smaller segments. The depth of the opening is determined by the sleeve, which we set to the distance of 2 mm from the end of the phaco tip.

Besides in hard mature cataracts, the Hole and Crack technique can also be utilized for phaco surgeons with a lesser experience when transitioning to the phaco chop technique, which may be carried out more efficiently and safely.